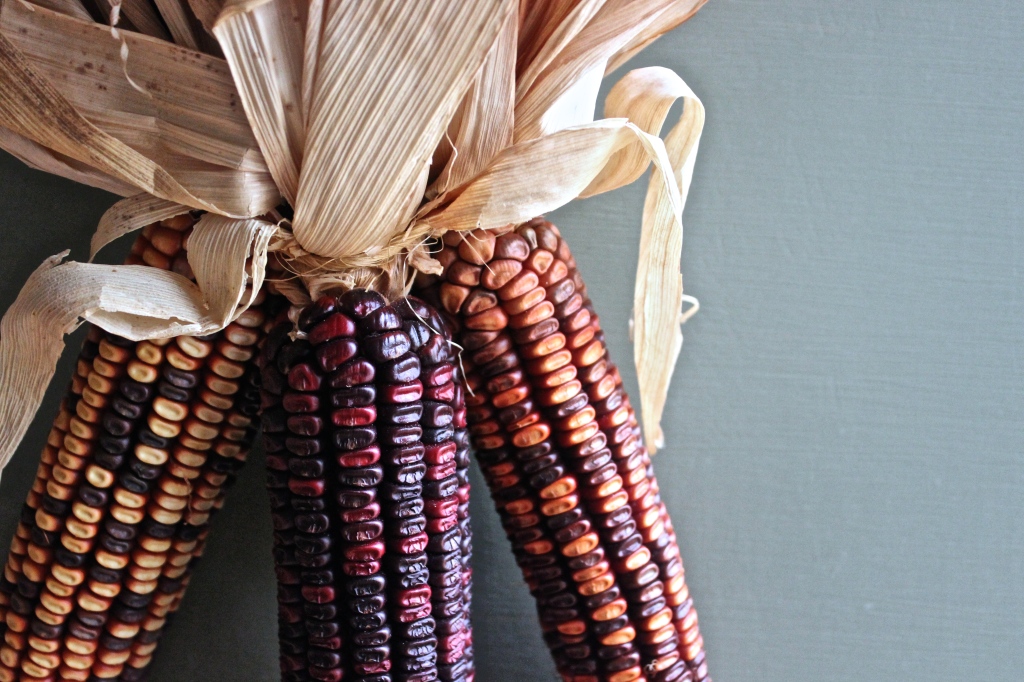 And time to dress the door with the spray of field corn that my dad raised decades ago. In a few weeks he’ll have been gone five years, and some events during his last days still trouble me. A few weeks before he passed he said to me, “I’m good for nothin’.” Of course, I assured him, genuinely so, that he was wrong, but it broke my heart. He was never overly social, but that’s not to say he was anything less than friendly, witty, even endearing. I don’t know of anyone who didn’t like him, and judging from the turnout at his service, one would’ve never guessed otherwise.

When it came to his health, he was never a complainer, and that modest quality went against him. He passed off his pneumonia as allergies for far too long, and I believe that that was his undoing.

Anyway, I think he’d like a memento of his bounty from his farming days still gracing the season. And like he always was, it is, plenty good for something.